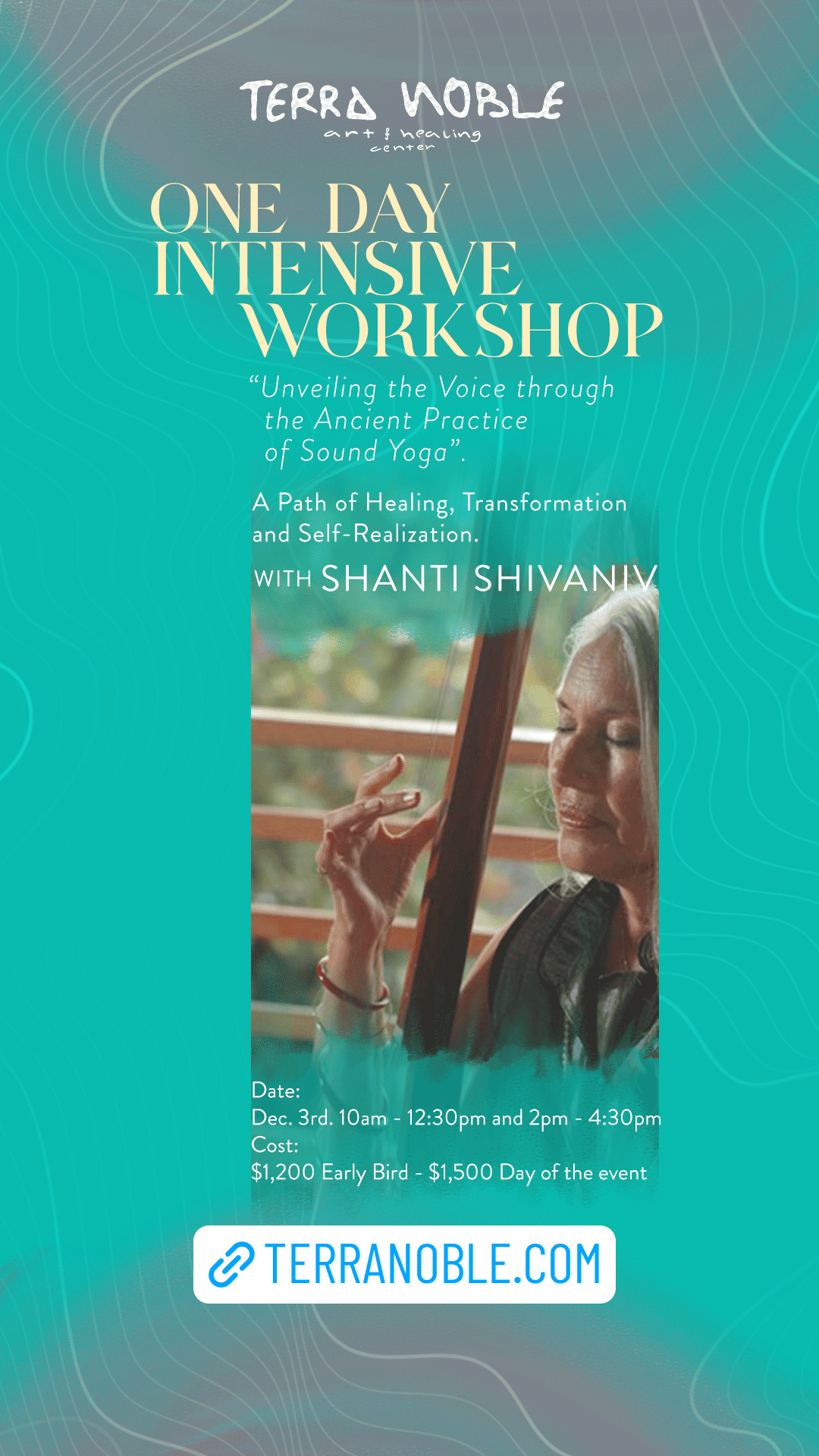 Sound plays a vital role in all mystical traditions, as it is the bridge between the lower and higher worlds, the unconscious and conscious, the form and the formless.

Nada Yoga or the Yoga of Sound is an ancient mystical tradition using Voice, Breath and Movement as a Way of Healing, Empowerment & Self-Realization. it is at the core of Dhrupad, the most ancient form of Indian Classical Music.
The Yoga of Sound facilitates
* the release of trauma and the clearing of emotions
* the alignment of body, speech and mind
* the development of intuition and creativity
Learn:
• body movements and vocal techniques to free your authentic voice in order to fully express your Self
• practices that purify and magnetize the physical and the subtle energy bodies to bring increased creativity, integration and balance
• the basics of various modes of music (ragas) to harmonize the physical, emotional, mental and spiritual bodies
• Sanskrit chants to access the sacred within
• Have fun exploring your own healing sounds and songs

Shanti Shivani is a singer/nada yogini/sound healer, internationally acclaimed seminar leader and recording artist. She brings a wealth of vocal, meditative and movement experience to her classes. She is one of the few Western pioneers bringing the sacred traditions of Nada Yoga and Dhrupad, the most ancient style of Hindustani classical music, to the West. Since 1981, Shanti has been the disciple of the premier family of the Dhrupad lineage, the Dagar family, who has been passing on the Dhrupad tradition for nineteen generations.
Shanti spent many years living in India studying Dhrupad and practicing Shaivism and Tibetan Buddhism. She has been teaching internationally since 1986 and performing Dhrupad and sacred music from various traditions (Hindu, Buddhist, Sufi, Gregorian, Hebrew etc.) as well as World Fusion music since 1993.  Shanti has been recording as a solo artist and in collaboration with many World Music artists since 1997. She currently lives in Eugene, OR and Ajijic, Mexico
www.shantishivani.com
shanti@shantishivani.com
YouTube channel: Shanti Shivani Music Sound Yoga
Instagram and Facebook: Shanti Shivani 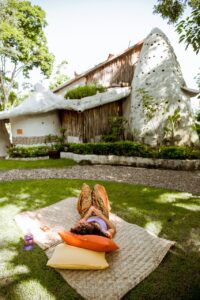